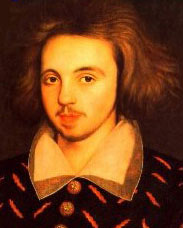 I was talking to myself again. Madness, or the vocal expression of unseen written words of an undervalued writer. Another possibility meandered through the stream of thoughts that currently sought to keep their heads above the gin-soaked gutters of my inner brain. Had I written a play inspired by Raymond Chandler? The tooth fairy suddenly stepped out into the clear light of day, bringing with her a signed affidavit attesting to the existence of Santa Claus.

The Real Story Raymond Chandler was dismissed from his oil company executive job in 1932 due to recurring bad behaviour. Then he became a famous pulp-fiction writer, introduced the most moral and complex detective character of page and screen and went on to write scripts for Hitchcock and pen some of the most memorable movies of the film noir genre.

Doesn't becoming a great writer take more than a combination of alcoholism, philandering and getting the boot? Can success in any art be that simple? As Chandler would have put it, "it had the austere simplicity of fiction rather than the tangled woof of fact". What really happened in 1932?

OR: Ray Chandler, plagued by depression, attempts suicide following his wife's death. During his recovery in a sanatorium he confesses to his doctor that the attempt on his life was due to guilt, remorse that Cissy's illness and his writing career were inextricably linked. Is Chandler delirious, compelled by his craft to speak in metaphors, or is there some truth to his incredible story?

But why write about Chandler?

The discovery that Raymond Chandler had been included on GCSE and A Level syllabuses and noting the contrast with the dryer reading lists when I was at school made me wonder if school teachers would now treat The Big Sleep with the same un-inspirational combination of high reverence and low enthusiasm that they gave to Shakespeare or Marlowe. And, of course, I am a great admirer or Marlowe; Marlowe the playwright, Marlowe the LA knight errant, Marlowe The Singing Detective of Dennis Potter.

The Research This was an interesting chore, in which I read biographies and plays and sought coincidences to justify the inner logic of the plot that was already my starting point. I found enough to convince me that, were I not confident that it was all superstitious nonsense, I might have believed it all, predestination and Faustian pact included, to be true. The other task was to assimilate enough of Chandler's writing to convey the sense that he may have written it, to find his voice. This was largely accomplished through revisiting the old movies, the same medium through which the majority of my audience would then recognise the literary homage.

Nobody learns to be a writer. They are born, often at an advanced age, fully formed and house-trained. Of course there's a price, there's always a price. I know, because it was happening to me, and now I was being asked to pay. top

STILLS FROM THE SHOW